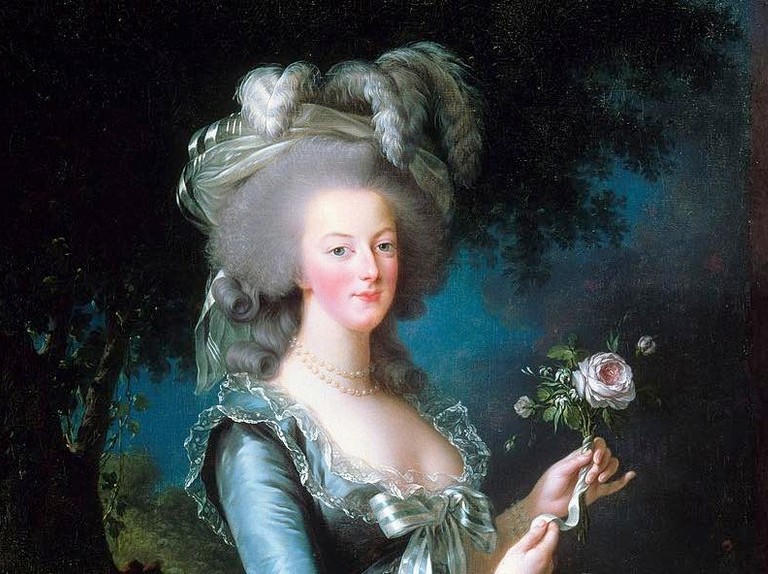 “Let them eat cake” is a phrase that immediately springs to mind for most people when they think about Marie Antoinette. However, “Let them eat cake,” the quip so strongly associated with the last queen of France, was never uttered by her.

The phrase “Let them eat cake” is an English mistranslation of an anecdote written by Jean-Jacques Rousseau in his well-known ‘Confessions.’ In this anecdote, Rousseau writes about a time when he felt too dressed up to enter into a baker’s shop to buy bread to go with his purloined wine. “At length,” he wrote, “I remembered the last resort of a great princess who, when told that the peasants had no bread, replied: “Then let them eat brioches.“

However, ‘Confessions’ was written when Marie Antoinette was only 9 years old–hardly a “great princess” that Rousseau could have heard about in the past. Moreover, there is no evidence that Marie Antoinette was even accused of saying this phrase during her lifetime. Both the French and English versions of the phrase were only occasionally connected with Marie Antoinette beginning in the mid-19th century, and it wasn’t until the turn of the 20th century that the phrase seemed to be permanently stuck to the French queen.

More importantly, the phrase is at complete odds with actual words written by Marie Antoinette regarding the hardship of the poor. When she and Louis XVI were well-received at his coronation, which took place shortly after bread riots, she wrote to her mother:

“It is at the same time amazing and wonderful to be so well received two months after the riots and in spite of the high price of bread which unfortunately continues. … It is certain that when people who are suffering treat us so well, we are even more obligated to work for their happiness.“

Another longstanding myth about Marie Antoinette is the myth that she had a fake village (the ‘hameau de la reine’) built on the grounds of Versailles where she would pretend to be a peasant, milk perfumed cows and bring in her equally wealthy friends to play various village roles.

But as with “Let them eat cake,” the idea of Marie Antoinette was dressing up and “playing peasant” is a myth. There is no evidence that Marie Antoinette played peasant at the hameau de la reine.

In reality, the hameau de la reine was a countryside-style estate which allowed Marie Antoinette to connect the elite enjoyment of a private, naturalistic estate with a practical, functioning farm and dairy. The queen and her entourage would take walks around the picturesque grounds, have private suppers, listen to music and engage in other elite past times. Marie Antoinette would also consult with the head-farmer about the management of the estate, which included approving orders, inquiring about animals and garden output, and other daily tasks. The produce and dairy products from the hameau de la reine were served in the Queen’s household; she even continued to procure dairy products from her hameau after the royal family had been first to move to Paris in the fall of 1789.

3) Marie Antoinette was not from France

Although today Marie Antoinette is considered a French icon, she was not actually from France at all. She was born in Austria and known from childhood as the Archduchess Maria Antonia Josepha Johanna von Österreich-Lothringen. It was a tradition for foreign brides to ceremonially become French in name, style and manner–and young Antonia was no exception. After her wedding-by-proxy in April of 1770, just one month before she would leave her childhood home forever, the German-sounding Maria Antonia was renamed, Marie Antoinette.

This was not a new practice, and other foreign-born women who married into the French royal family were also given Francophied versions of their names; the Comtesse de Provence, whose birth name was Maria Giuseppina Luigia, became ‘Marie Joséphine’ upon marrying the future Louis XVIII.

Marie Antoinette is often accused of bankrupting France with her extravagances, leading the country to financial ruin and effectively kickstarting the French Revolution. But Marie Antoinette’s spending did not have a significant impact on the finances of France–at least not in a statistical sense.

By the time Marie Antoinette arrived in France in 1770, the country was already over one billion livres in debt, thanks to France’s involvement in the Seven Years’ War. When Louis XVI and Marie Antoinette ascended to the throne four years later, they inherited an existing deficit along with this substantial debt. The debt doubled after the French involvement in the American Revolutionary War, and the government’s inability to pay back creditors led to the debt ballooning to an astronomical 4 billion livres by 1789. It was military spending and inflated debts, not Marie Antoinette–nor even the court’s spending a whole–which ruined the French finances.

To be clear, court spending was extravagant in every sense of the word and there was an astronomical gap in income between the elite and average person in 18th-century France. For instance, the average unskilled labourer in 1750 might make about 600 livres per year, whereas a skilled labourer in 1750 might bring in 1800 livres per year; by contrast, the annual clothing allowance alone for a queen of France was 150,000 livres in 1750.

Marie Antoinette is often referred to as the “teen queen,” a moniker which became particularly popular due to the marketing of Sofia Coppola’s famously stylish 2006 film. Her youth is often emphasized in an attempt to defend her against her detractors or explain how she was “only a teenager” during the most tumultuous events of her life. While Marie Antoinette was only 19 years old when she became queen of France, she was 34–well past her teenage days–when the Revolution of 1789 broke out. It’s also important to note that Marie Antoinette was not a passive player during the events of the French Revolution.

She began to keep secret correspondence with a variety of diplomats, officials and others invested in the interests of the French royal family; this was done in an effort to fight against what she and Louis XVI viewed as increasing instability in France, which included fighting for the ever-dwindling powers stripped from the monarchy.